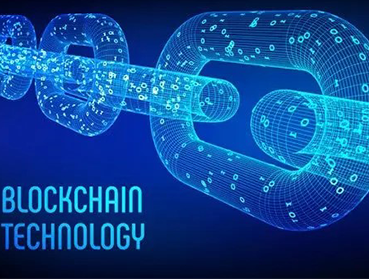 Blockchain and Background Screening: The Implications

If you’re a believer, blockchain technology will revolutionize the banking process and the way we use currency. It may even revolutionize the essence of the commercial contract itself. Oh, and perhaps the background screening industry too,

The blockchain essentially acts as a ledger. The blockchain tracks anything I buy or sell – and it can therefore establish ownership and provenance.  Through this, we can avoid dubious objects.

The chance of the database being hacked is infinitesimally small. There’s no centralised database. For example, like at a traditional bank would have. Instead, computers all around the world store the ledger. As such, the trust that this creates cuts out the need for any middleman in the validation of transactions.

The relevance of this to background screening does not seem immediately obvious. Nonetheless, some academic institutions are experimenting with ways of using the blockchain to make degree records more secure, and easier to access. This would have huge implications for background screening. If a university could create a publicly accessible ledger, this could be used to check any degrees or academic qualifications rendering screening by employers to make sure applicants haven’t lied (and they do, as we explained in earlier post) on their CVs. Currently, every university employs a team of people to respond to employers’ requests for degree ratification. Blockchain technolog could make employing these people unnecessary – and the same implication is true for background screening companies.

Are there further uses?

The technology is further useful if for some reason a university is not able to respond to a request for a check. For example, Syrian refugees who have hoped to resume their education in Europe have had immense trouble getting verification from their universities at the centre of a warzone. Philip Long, associate vice provost for learning sciences at the University of Texas, Austin, stated, “Depending on the way in which the blockchain is set up, there is very likely the possibility that records would persist in the face of local catastrophes.” Whilst he is a supporter of the technology, he is not uncritical. “The validation takes place in a blockchain environment by going back to the record in the chain, not necessarily the issuer of the record themselves.”

Professor Domingue also noted how such technology could quickly end debates about politician’s credentials. Indian Prime Minister Narendra Modi has been barraged by questions over his qualifications: allies producing certificates and enemies denouncing them as fake. A blockchain qualification process would, in theory, end these disputes definitively and instantaneously.

Is it all bad?

The implications for the background screening industry so far seem bad. With so much fraud present in on CVs, degree validation is a large part of the industry’s business. However, privacy concerns remain. Would you want your degree in basket-weaving open for anyone to see on the blockchain? Some have argued to encrypt qualifications and give employers a time-restricted viewing window. And if background screening companies are the ones to build these systems, perhaps the implications are not so bad after all.

For Professor Domingue,  the potential of blockchain goes far beyond making it simpler to verify a new recruit’s degree. He argues that it could transform the hiring process, at least within areas where the needed qualifications are easily defined. For example, engineering.

With a large enough database of qualifications on a blockchain, it would be a simple process for employers to filter through to candidates who meet the desired qualifications and have put themselves up as open to a new position. This would remove the necessity to advertise a position, sort through countless CVs, saving days of managerial time. If a background screening company created such a system, it could be a great opportunity. However, those who failed to keep up with progress could face a significant loss of a portion of their business.

Blockchain has its critics.

Nonetheless, those such as Professor Long, do not see the CV going away any time soon. Being slightly more critical of the idea that blockchain will revolutionize recruitment, he stated:

“It will take some time, if ever, for CVs to completely go away. But the prospect of the record of achievement that represents the history of formal education being provided by blockchain-sourced data is likely to increase.”

So, can background screening companies breathe a sigh of relief? Perhaps not. A London-based start-up provides graduates with a QR code which they can insert into their CV. Next, employers simply scan it, and they can verify all their qualifications. The company stores all the degree records in a blockchain. Therefore, there is, “no downtime, nor any single point of failure in the network.”

Blockchain technology could become a significant feature of background screening company’s methodology in the future. It’s early days yet, but the future is promising.

What is the blockchain currently being used for?

Banks have taken a strong interest in technology. On the one hand, the technology poses a threat. It removes their role as middleman in transactions. IBM has announced that it is building a blockchain system for a group of 7 banks, with the aim of making it easier to trade internationally. We can reduce the cost of sending money through other possibilities too. For example, this could allow for users to pay a few pence, to say, read a newspaper article.

Perhaps the most widely known usage of the blockchain so far – as the technology supporting the bitcoin digital currency. The blockchain records all transactions itself. This means that it is out of the control of any government or central bank. Therefore, it has become a favourite amongst anarchist sympathists. In addition, to those who believe it could be a cheaper, fee-less way to send money globally. However, the vast amounts of computing power required to generate bitcoin make this unrealistic. Combined with its popularity amongst speculators, as the currency soared to a maximum of nearly £15,000 per bitcoin in late 2017. It then crashed leaving many out of pocket. Since then, the price has continued to fluctuate greatly. This all contributes to making it pretty much unusable for actually buying things. It’s an investment tool, rather than a currency.

The one area where people buy things with bitcoin. The anonymity provided by the blockchain has lent itself to being used to purchase illegal things online. As such, it has become somewhat associated with criminal activity. Perhaps the most famous example of this was the Silk Road The FBI took down the leader in 2013. It was the Amazon for drugs, guns, and any other kind of illegal item you could think of. However, on the other side of this, the transparency provided by the blockchain could be useful in preventing money laundering.

Credence's services
Talk to us today
Get a quote